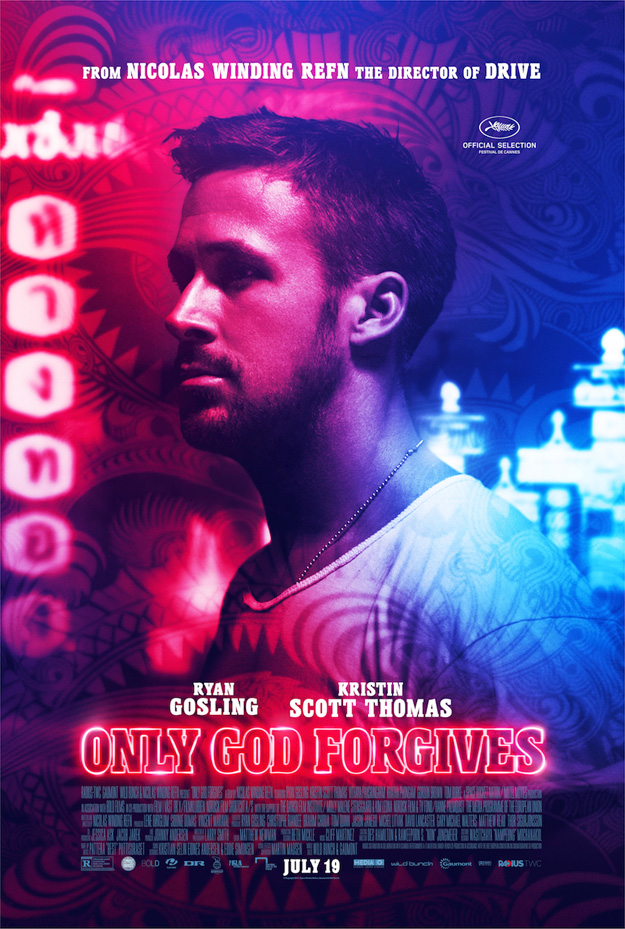 America’s boyfriend, Ryan Gosling, is starring in the upcoming Nicolas Winding Refn film, Only God Forgives which has officially released its international trailer via Empire.

The film follows Julian, played by Gosling, a former kickboxer and gangster living in Bangkok. When his brother is murdered by a ruthless Thai police lieutenant, Julian is forced to seek vengeance or risk his own death.

Gosling and Refn previously worked together on Drive. Like Drive, Only God Forgives is largely shot chronologically and scenes were often edited the day they were shot. Gosling has described the script of Only God Forgives as “the strangest thing I’ve ever read and it’s only going to get stranger.” Refn drew a connection between Only God Forgives and Drive, saying that “[Only God Forgives] is very much a continuation of that language”—”it’s based on real emotions, but set in a heightened reality. It’s a fairy tale.”

Kristin Scott Thomas and Vithaya Pansringarm co-star. Only God Forgives was shot on location in Bangkok, Thailand. It was nominated for the Palme d’Or at the 2013 Cannes Film Festival and is due for general release on 19 July 2013.

You can watch the international trailer below and see the poster above.