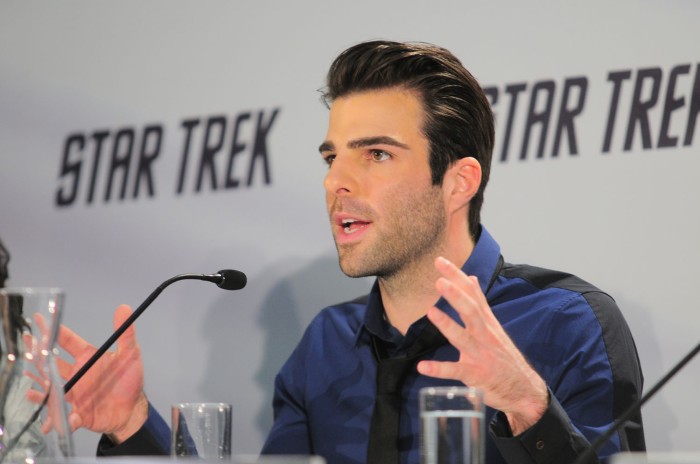 Zachary Quinto has recently revealed a few details regarding the next film in the new Star Trek franchise.

The last film released, Star Trek Into Darkness earned  $444 million worldwide. Due to the excellent results in the box office, Paramount Pictures is already looking forward at the next film and it sounds like they may start shooting earlier than was initially expected.

Lucien from BuzzHub told reporters that:

“I attended a public interview with Zachary Quinto at the Galway Film Festival in Ireland on Friday, and during it, he revealed that Paramount have told the Star Trek cast that they’re planning to shoot ST3 in 2014, and that J.J. still wants to direct! He also told the audience he does not want to be in Episode VII, but he would like to cameo in The Big Bang Theory!”

To quote exactly what Quinto said about Star Trek:

“Star Trek 3 should be filming, I suppose, next year. It’s going to be made a lot quicker than the last one. That’s the plan, although nothing is confirmed yet.”

The timeline for when the film could start shooting is up to debate however as J.J. Abrams is attached to direct Star Wars: Episode VII next year. Unless a new director takes over either franchise.