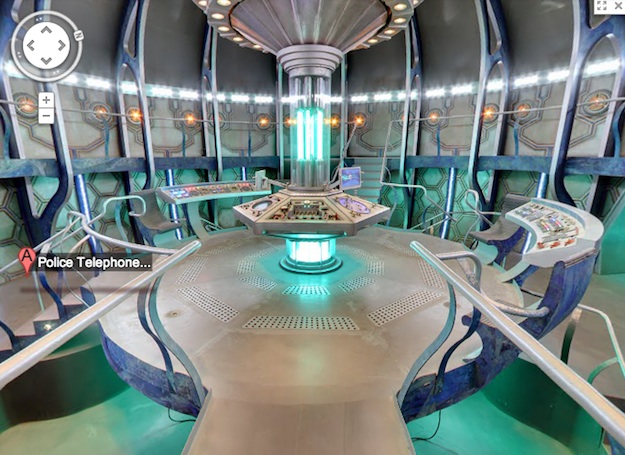 Like most “Doctor Who” fans, I have dreamed of the day the Doctor would pop up and say, “come along!” However, I am realistic enough to know he probably has a dedicated companion already and they are on so far away planet having the time of their lives while saving some alien species. I know what’s up. Thankfully, I can at least get a tour of the time traveling phone box thanks to Google Maps as they have created an easter egg into their recent update allowing you to not only find the TARDIS but also go inside and look around the control room.

While the TARDIS has actually been on Google Maps for a while, we are not sure how long it has been interactive. The easter egg was spotted for the first time yesterday by Jalopink.com (via Tech Crunch).

“Doctor Who” is about to celebrate its 50th anniversary with a special on November 23rd. Current but retiring Doctor, Matt Smith, will star with 10th Doctor, David Tennant, returning as well as John Hurt, Billie Piper, Jenna Coleman, Jemma Redgrave and Joanna Page. This year’s Christmas special will see the introduction of the 12th Doctor, set to be played by Peter Capaldi.

The TARDIS is in London at this location!