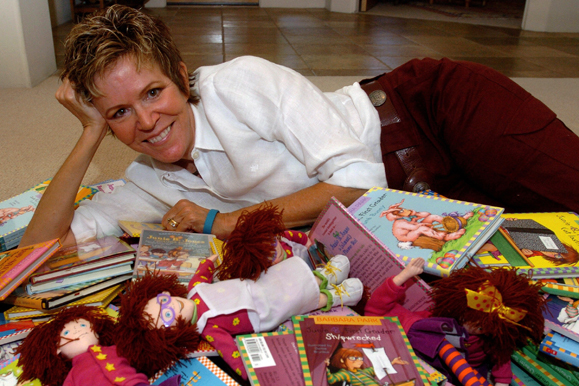 Barbara Park, the famed author of the “Junie B. Jones” children’s book series died last friday at the age of 66 from ovarian cancer. Her book series sold more than 55 million copies of the 28-book series starring Junie B. Jones, a funny, talkative, trouble-prone school girl. Park was diagnosed with cancer seven years ago, and her husband, Richard, founded Sisters in Survival (“SIS”), a non-profit, all-volunteer organization that offers financial assistance to ovarian cancer patients. Publisher Random House said that Park’s family, including her two sons, will continue to operate the charity (sistersinsurvival.org.)

In a 2004 interview with USA TODAY, Park spoke about her life when she was a child and how it influenced her to be a writer.

“I was a good kid, but I was just very chatty. Teachers were rarely entertained but occasionally a child was, which was enough for me. Everything was so urgent. I needed to say it immediately.”

Her career began in 1982 with Park publishing more than 50 books. Along with the Junie B. Jones books, she wrote Ma! There’s Nothing to Do Here!, a love letter to her grandson, as well as middle-grade novels such as Skinnybones and The Kid in the Red Jacket.

She once said that some “believe that the value of a children’s book can be measured only in terms of the moral lessons it tries to impose or the perfect role models it offers. Personally, I happen to think that a book is of extraordinary value if it gives the reader nothing more than a smile or two. In fact, I happen to think that’s huge.”

Her book series did very well on USA TODAY’s Best-Selling Books list with “Junie B. Jones Is a Graduation Girl,” hitting No. 6 in 2001.